UNEDITED FOOTAGE OF A TRUCK OUTSIDE A CAFE

Unedited footage of a truck outside a cafe in Houston, Texas - December 2017

From the window of a car on I-10 Eastbound

Email ThisBlogThis!Share to TwitterShare to FacebookShare to Pinterest
Labels: Atchafalaya

UNEDITED FOOTAGE OF A SMALL LAKE

Unedited footage of a small lake in November

UNEDITED FOOTAGE OF A DEBRIS PILE

Debris pile in Houston, Texas
Posted by Joe at 2:20 PM No comments:

Unedited Footage of a Downtown Street

Scenes from a Houston street at night.

Lunchtime at a Houston favorite.

UNEDITED FOOTAGE OF A PARKING LOT AT NIGHT

UNEDITED FOOTAGE OF A NEIGHBORHOOD

A neighborhood in Houston, Texas.
Posted by Joe at 4:40 PM No comments:

Unedited Footage of The Flood

Hurricane flooding in Houston. Briar Forest Drive looking east, toward the intersection with Gessner Road. Recorded on September 3, 2017.
Posted by Joe at 10:07 AM No comments:


Final Cut - A family moviemaking tradition comes to an end

A great story about a great chef and a great person. Leah Chase, chef and co-owner of Dooky Chase Restaurant in New Orleans.
Posted by Joe at 10:47 AM No comments:

Taking a break from the hurricane for a few minutes. This is a short video about a late-prehistoric site in Alabama.
Posted by Joe at 10:34 AM No comments:

I often lament not paying closer attention in music theory class. This is a good five-minute substitute.
Posted by Joe at 7:56 PM No comments:

Unedited Footage of A Rose

The first post-hurricane rose bloom. Notice the sandbags still in the background.
Posted by Joe at 6:21 AM No comments:

SANDBAGS BEFORE THE STORM


Lowe's said they were sold out of sand. Which was true, but the lawn and garden section had bags of paving sand and paving base. The bags worked just fine.
Posted by Joe at 7:56 AM No comments:

A Conversation with John le Carré and Ben McIntyre 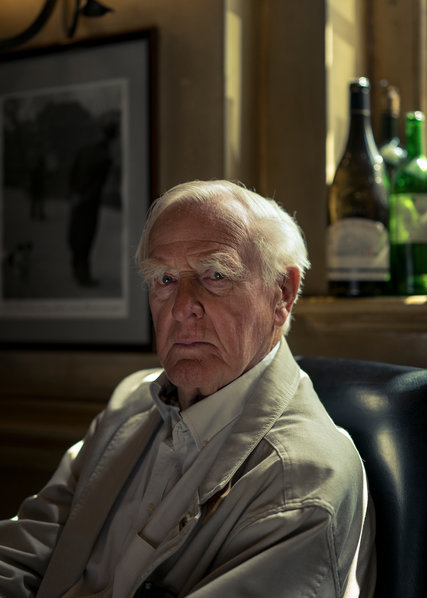 A Conversation with John le Carré and Ben McIntyre, The New York Times

Buying Gas Before The Storm

The scene outside Costco in Houston yesterday morning.
Posted by Joe at 7:42 AM No comments:

UNEDITED FOOTAGE OF THE SKY

Unedited Footage From a Bookstore #1

No Nazi Scumbags Allowed In The US Military | Rachel Maddow | MSNBC

Is The Gig Economy Working?


The internet and all of its accouterments has transformed many things, not the least of which is the way we work. Work in all of its forms has been revolutionized, but the question remains - is this new way of working really working?

Is The Gig Economy Working? - by Nathan Heller, The New Yorker

From the fruit of his lips a man enjoys
good things,
but the unfaithful have a craving
for violence.
Proverbs 13:2

Email ThisBlogThis!Share to TwitterShare to FacebookShare to Pinterest
Labels: Proverbs

What Parents Can Do to Nurture Good Writers. An interview by Dana Goldstein. The New York Times, August 2, 2017. Read the article here. 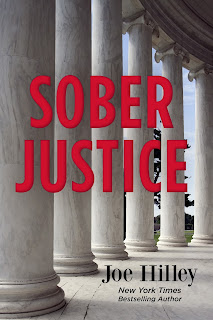 Several of you asked about digital versions of my earlier novels. An eBook version of Sober Justice is now available. Here's a link
Posted by Joe at 9:30 AM No comments:

We Face A Test

Refugees, immigrants, minorities, and the poor do not present a threat to us. But our response does. If we as Christians embark on a political, social, or personal path that ignores them, turns them aside, casts them back to the despair from which they have fled, then we harden our hearts to their cry and to the cry of the Holy Spirit. And when we do that, we cease to be the Church, cease to be a body of Believers, cease to be Believers at all.

For us, the issue of how to address the disadvantaged people of the world is a test. One that poses the question, do we really believe what Jesus said, and are we really committed to living in obedience to Him, or have we reduced His words and life to a collection of religious tenets to which we merely give mental assent? One offers the way to life. The other leads only to death - theirs and ours.
Posted by Joe at 7:51 AM No comments:

The Star-Spangled Banner is not a Gospel hymn.
Posted by Joe at 8:03 AM No comments:

Email ThisBlogThis!Share to TwitterShare to FacebookShare to Pinterest
Labels: christianity

We need real leadership. Not the constant-campaign we get from the GOP. That latest healthcare bill that passed the House wasn't designed to help Americans get healthy and stay healthy. It was designed to pass, so GOP members could say to the right-wing base, "We kept our promise." That's all. No intention of moving us forward. No intention of solving a problem. No purpose whatsoever except to help members remain in office.
Posted by Joe at 2:37 PM No comments:

THE BABY BOOM IN PERSPECTIVE

According to available data, birthrates in the United States have steadily declined from a rate of about twelve live births per female of childbearing age during the eighteenth century to a current rate of less than two. Plotted on a graph, the birthrate trend-line follows a slope steadily downward with only one deviation - the period associated with World War II known as the Baby Boom.

Demographers date the Baby Boom in the US at various times, but from a statistical perspective the birthrate rose above the trend-line in 1940 and increased steadily to a peak around 1955-56, then declined back to the trend-line after 1964. During that twenty-five year period, approximately 33,971,000 babies were born (US Census Bureau, Table 53, Statistical Abstract of the United States (1970), p. 47). Births during that period produced a generation of men and women who went on to lead one of the most creative periods in human history.

In 1973, abortion was legalized in the United States with the Supreme Court's decision in Roe v. Wade (410 US 113 (1973)). Following that decision, the rate of reported abortions rose from 0 in the 1970s to approximately 1.5 million procedures in 1980. Thereafter, the rate declined to approximately 1 million per year, where it has remained since. From the time abortion was legalized through 2011, a total of approximately 40 million abortions were performed (See, Trends in Abortion in the United States - 2011, Guttmacher Institute (January 2014)).

Think about that for a moment.

Abortion has eliminated a generation the size of the Baby Boom generation. And with it, the creativity, ingenuity, and advancement that generation might have produced.
Posted by Joe at 10:33 AM No comments:

SAVING CHRISTIANITY FROM THE AMERICAN DREAM

The book Radical, by David Platt has been out a while and I'm sure many of you have already read it. It has been on my e-reader for quite some time, but I only started reading it a few weeks ago. Great book about rescuing Christianity from the American Dream.

In this era's highly-charged political environment Believers often view Christianity through a political lens, rather than the other way around. Politics drives the train. Likewise, devotion to the American Dream, with its underlying philosophy of self-determination, often drives our lives, our priorities, and our theology. This book addresses that dilemma.

The will of God and the American Dream are not one and the same. Jesus calls us to a life of radical faith, not radical self-achievement.

Radical: Taking Back Your Faith From The American Dream

CHINA STEPS UP INVESTMENT IN AFRICA

Four hundred years ago, more or less, Isaac Newton told us that for every action there is an equal and opposite reaction. The notion of homeostasis applies a similar idea in a different way, suggesting that change in one area of a system dictates change in another. And so we find one of the great axioms of life. Whenever one thing wanes, another waxes. One lessens, the other increases.

As the United States withdraws from engagement with the world others, most notably China, have stepped in to fill the void. Trains, power plants, investment in agricultural production. Providing financing, technical support, and operational assistance. We back away, they step up. Our influence wanes, theirs waxes.

He Who Oppresses the Poor

He who oppresses the poor
shows contempt for their Maker,
but whoever is kind to the needy
honors God.